One of the oldest dog breeds in the world, and it is considered a symbol of desert and hunting traditions.

The Saluki Dog is an important part of the Arabian hunting heritage. The Arabs have known, raised, taken care of this breed since more than seven thousand years. The Saluki dogs are characterized by extraordinary abilities of endurance, intelligence, and loyalty.

The Saluki has played an important role during falconry trips, due to its ability to find prey that was hit by the falcon, or hidden among bushes, tall grass, or other hideouts. Thus, falcons and Saluki dogs cooperate to catch hidden prey.

ADIHEX should be given the credit that it was the first and most prominent heritage event in the Arab region that celebrated the loyal friend of mankind who has accompanied him for thousands of years. The “Arabian Saluki Beauty Contest” is a unique phenomenon aiming to promote interest in the authentic breeds of hunting dogs, strengthen the relationship of the new generation with the pillars of the heritage and authentic traditions of ancestors, and give an opportunity for the owners of saluki to showcase the skills and characteristics of their dogs. 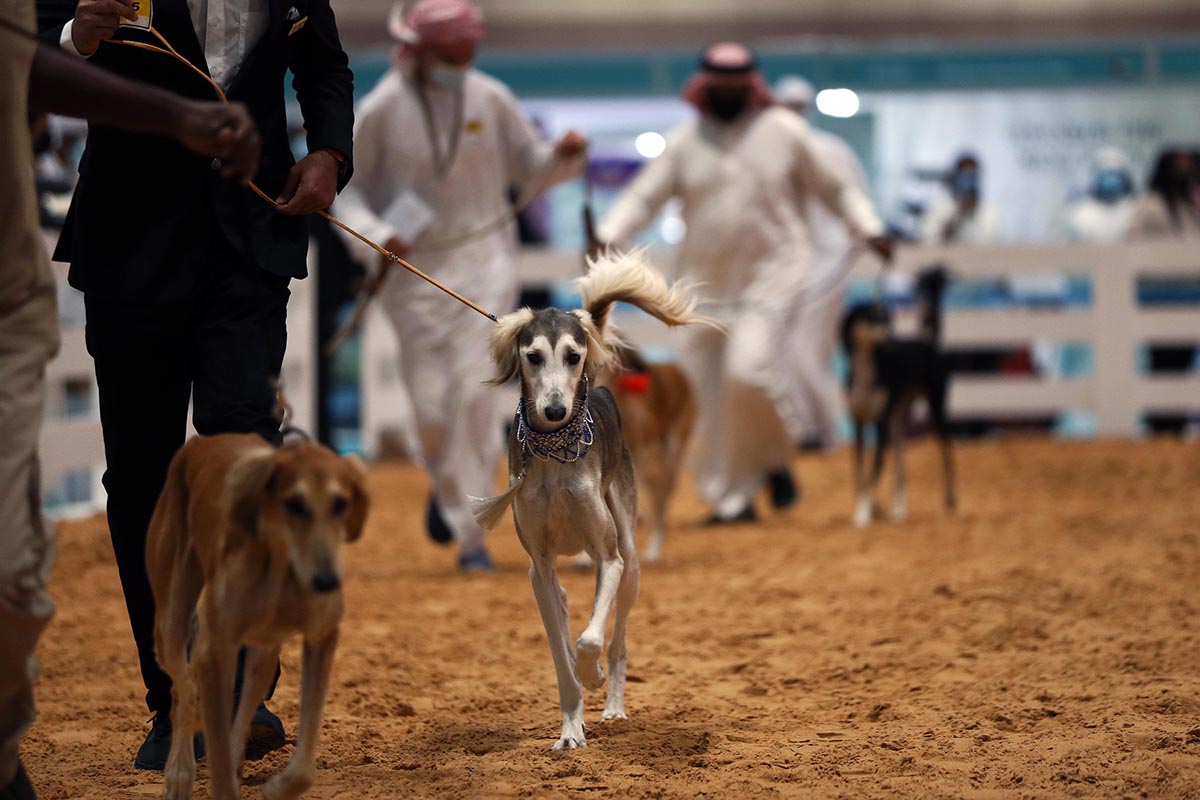 ADIHEX, the largest of its kind in the Middle East and Africa, has constantly organized an annual contest to select "the most beautiful hunting dog", in which participation is limited to the "Arabian Saluki " category, which is one of the oldest dog breeds in the world, and it is considered a symbol of desert and hunting traditions.

The upcoming (19) edition of “Abu Dhabi International Hunting & Equestrian Exhibition " will be organized by Emirates Falconers' Club from the upcoming September 26th to October 2nd and sponsored by the Environment Agency - Abu Dhabi, International Fund for Houbara Conservation and Abu Dhabi National Exhibition Centre where the event is being held. Moreover, the sponsor of "Hunting Weapons" sector is Caracal International LLC, the visitor’s experience partner is POLARIS-Specialized Sports Equipment, and the supportive partner is the Abu Dhabi Chamber of Commerce and Industry.

The Management of ADIHEX announced the launch of a new version of the Arabian Saluki Beauty Contest for this year, which is considered to be one of the most famous Saluki and dog events in the region overall. This is exclusively allocated for the Arabian Saluki, where the owners must ensure that the participating dog is medically fit, microchipped, and has the immunization certificate. 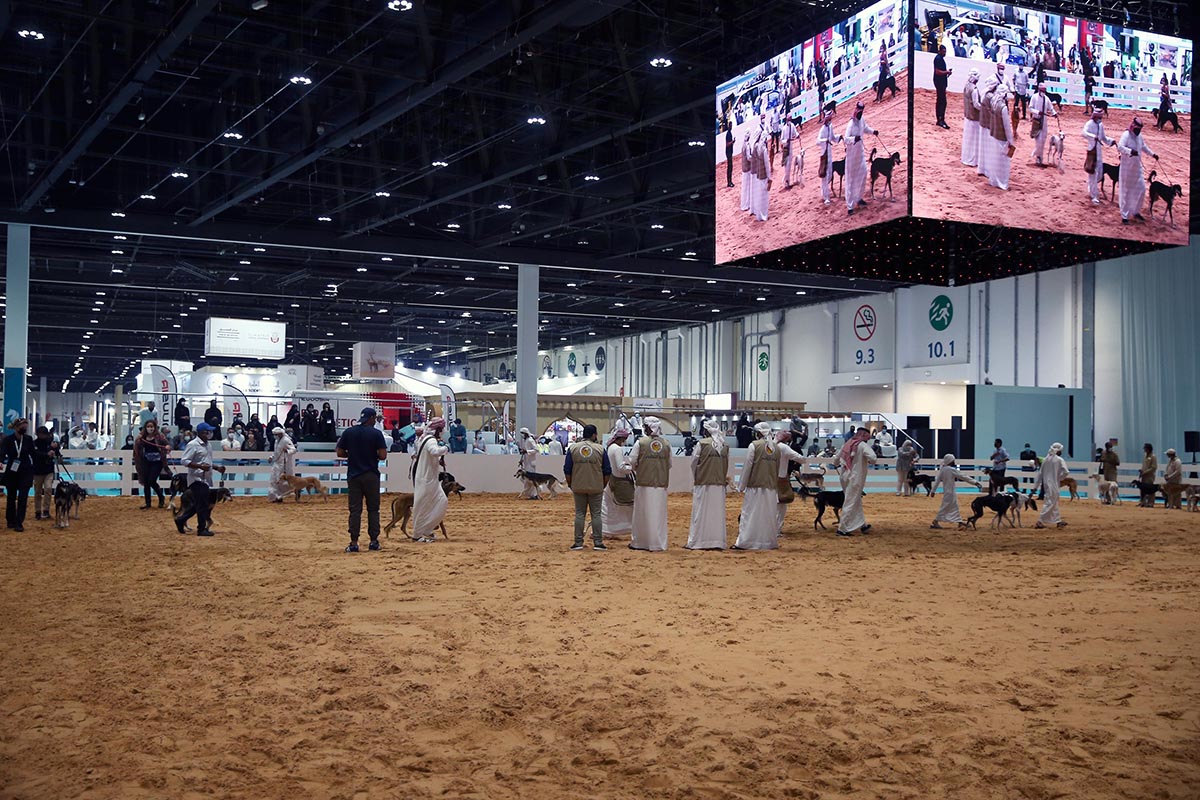 The Contest is organized by the Arabian Saluki Center – Abu Dhabi, which is the first of its kind in the Arabian Gulf and Middle East. It aims to revive the sport of hunting with Saluki dogs, maintain their traditions, use them in falconry, and preserve the purebred breeds. The Center also provides the necessary information about raising, training, and breeding them, as well as providing health care, microchipping services, birth registration, passports and pedigree issuance, in addition to travel arrangements in accordance with the adopted laws

In the past editions, the Contest had widespread turnout and received popularity as it has attracted Saluki lovers and enthusiasts from the UAE and Arabian Gulf region, in addition to thousands of visitors and tourists with various age groups, due to Saluki’s strength, intelligence, loyalty and high skills, especially that the contest differs from other dog contests around the world, which focus only on appearance, while the contest at ADIHEX is more concerned with the personality of the dog, its skills, reflexes and sensory responses.

The precise evaluation and judging criteria include the breed characteristics of the participating Saluki dog, the behaviour (such as walking and running), the overall appearance (e.g head, eyes, nose, mouth, ears, teeth and jaw), structure and shape (size, neck, shoulders, chest, back and tail), appearance (skin, colour, movement, and legs), in addition to hunting and chasing skills, general impression and psychological features. 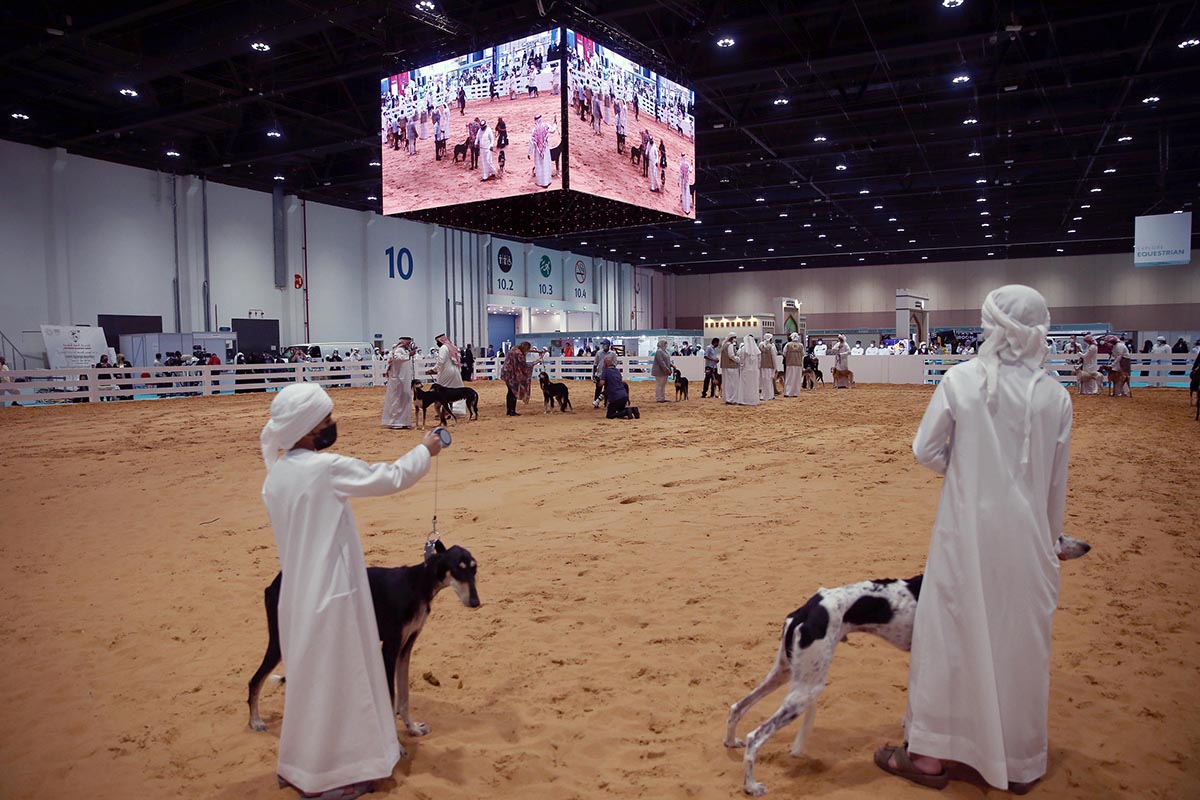 There are two main types of Saluki dogs: the long-haired Aryash (Al Hadba) and the short-haired Al Hoss (Al Amlas). The native habitat of the Arabian Saluki dog is the Arabian Peninsula, Egypt, Iraq, Syria and Jordan. It has many breeds or types, the most important of which are in the region and at the Arabian Saluki Center in Abu Dhabi (Shadeed, Dhiban, Tarrah, Gannas) of the Hoss (smooth) family, and (Lehaq, Dhabyan, Khattaf) of Aryash (feathery) family.

The Arabian Greyhound is used along with falcons in the hunting sports, and used as guard dog. It has a lifespan of 16 to 18 years, and can run at speeds of up to 75 km per hour. Saluki is loyal in nature, guards his owner and protects his home and only hunts in his company.